David Lee Steps Down as Chair of the Board of Trustees

Dave Thompson is elected as the new board chair with Barbara Barrett and Ronald Linde to serve as vice chairs.

Reflecting on his nine years of service as chair of Caltech's Board of Trustees, David Lee (PhD '74) emphasized the critical importance of an active board, which he led by example, according to his colleagues.

"What we're trying to protect, as trustees, is the essence of Caltech," said Lee, who stepped down as chair at the October meeting of the Caltech Board of Trustees. His decision follows nine years of service as chair and the conclusion of the Break Through campaign, which raised $3.4 billion to support the Institute's dual missions of forefront research and education. "That's why, during this campaign, Caltech trustees contributed to Caltech at a rate that is twice the national average."

Lee joined the board in 2000 and was elected chair in 2012. He will remain on the board, including as a member of multiple standing committees.

Dave Thompson (MS '78), founder of Orbital Sciences Corporation and Caltech trustee since 2012, was elected to serve as the new chair. Trustees Barbara Barrett and Ronald Linde (MS '62, PhD '64) will serve as vice chairs.

"David's selfless leadership embodies the best of Caltech: a deep belief in intellectual freedom, a commitment to recruiting and welcoming the most creative scholars to the Caltech community, and a conviction that mastery of fundamental science and engineering can transform people's lives," said President Thomas F. Rosenbaum, the Sonja and William Davidow Presidential Chair and professor of physics. "He has led the Board of Trustees with vision, energy, and clarity of purpose."

During Lee's tenure, Caltech's endowment grew from $1.8 billion to $3.9 billion, and the campus was transformed by major capital projects including renovation of the Charles C. Gates Jr.–Franklin Thomas Laboratory of Engineering, creation of the Ronald and Maxine Linde Hall of Mathematics and Physics, and construction of the Bechtel Residence, the Hameetman Center, and the Tianqiao and Chrissy Chen Neuroscience Research Building.

"We did a lot together," Lee said of his fellow trustees. "One of the things we emphasized, recognizing that we have a large board, was trustee engagement and a willingness to lend their expertise and sage advice for ad hoc activities as situations arose. You have to do more than just attend regular meetings."

As a graduate student at Caltech, Lee focused his thesis on the theoretical frameworks for analyzing and testing theories of gravity. He worked under the guidance of Nobel Laureate and Distinguished Alumnus Kip Thorne (BS '62), the Richard P. Feynman Professor of Theoretical Physics, Emeritus.

Lee, a Distinguished Alumnus himself, remembers his graduate student years as some of his best, providing him with the opportunity to focus on academics and work with luminaries such as Thorne and Stephen Hawking, who made annual trips to visit Thorne's TAPIR (Theoretical Astrophysics Including Relativity and Cosmology) group.

It was also during his graduate student years that he met Ellen, who would become his wife. The two attended the same dance party hosted by the Caltech Chinese Association and held in Caltech's Winnett Student Center. They would go on to remain in the Pasadena area after their graduations, bringing together a community of friends who supported one another's careers and created a stable environment for their families.

Philanthropically, the Lees established the David and Ellen Lee Distinguished Fellows Fund and expanded the fund during the campaign. They supported the Jean-Lou Chameau Professorship to honor Caltech's eighth president. And, through a grant from the Lee Family Foundation, they established a Center for Advanced Networking at both Caltech and the National Chiao Tung University in Taiwan.

Thompson credits Lee's leadership and guidance for solidifying Caltech's current position and strong outlook, including Lee's role as fundraiser and recruiter during the Institute's presidential transition between 2013 and 2015.

"Early in his tenure, David's personal involvement in the search for a new president assisted in the recruitment of one of the Institute's most capable and effective leaders in our history," Thompson said. "More recently, he focused on ensuring the financial security of Caltech, attracted terrific new trustees, and helped improve trustee diversity and board governance practices."

Thompson has been familiar with Caltech since 1976, when he participated in a summer program at JPL, which Caltech manages for NASA, and assisted with NASA's Viking mission, which landed the first spacecraft on Mars. As a graduate student, he pursued rocket propulsion and control under the guidance of adviser Bob Cannon and collaborator Homer Joseph Stewart.

He credits his Caltech education for helping to shape his entrepreneurial spirit. Traditional business models placed NASA or the U.S. Air Force at the center of space systems development, with private companies typically serving as subcontractors. But in his classes, Thompson encountered rare case studies of companies leading their own efforts. In 1982, he would use this inspiration to found Orbital, a designer and manufacturer of space and rocket systems.

As he works with the Caltech Board to define priorities, Thompson sees opportunities to enhance the student experience; scale up research thrusts in areas of increasing focus, such as climate change and sustainability, solar energy research, neuroscience, quantum computing, and collaborations with the Carnegie Institute for Science; secure JPL's future beyond the next decade; and accelerate progress in diversity and inclusion throughout the Caltech community, including the board.

He acknowledges the leadership role of trustee Rebecka Belldegrun, chair of the Caltech Nominating Committee, in recruiting new members with different backgrounds and experiences to enrich their deliberations.

"I'd like to see us continue to support strong investment in our people—faculty, students, postdocs—and facilities, and continue the progress we've made in the last decade or so with fundraising from an expanded group of contributors, even beyond the almost 15,000 individuals who contributed to the Break Through campaign," said Thompson.

Vice Chair Barrett was the 25th Secretary of the U.S. Air Force, where she was responsible for implementing bipartisan legislation to establish the U.S. Space Force. She represented the U.S. as ambassador to Finland. She is an instrument-rated pilot and served on the boards of Raytheon, Mayo Clinic, RAND Corporation, and the Smithsonian Institution, among other organizations.

"Caltech faculty and Caltech graduates have been big contributors to America's leadership in the world and to engineering and scientific advancements by the United States and by international alumni," Barrett said. "It is an American imperative that we continue to excel at Caltech for the betterment of our global community."

Vice Chair Linde, a private investor and chair of the Ronald and Maxine Linde Foundation, has served as a Caltech trustee for more than 32 years. He founded Envirodyne Industries, Inc. and served as its CEO from 1969 until its sale in 1989. He has served on the boards of several nonprofit organizations, including Harvey Mudd College, where he is vice chair, emeritus.

"Caltech must maintain its pioneering spirit and leadership at the forefront of science and technology with uncompromising standards of excellence among faculty, students, administrative leaders, and staff while continuing to follow the highest ethical and moral standards," said Linde. "The Institute is fortunate to have Dave Thompson serve as chair to sustain the strong leadership that permits the Institute to move assuredly into the future." 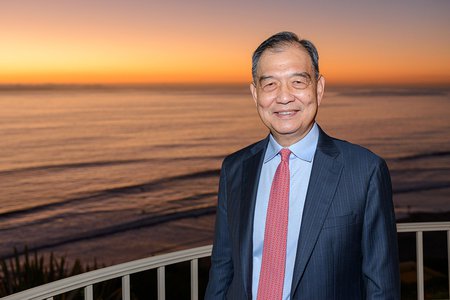 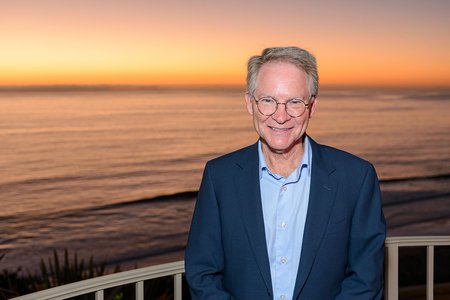 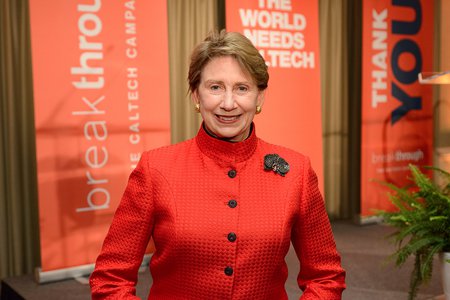 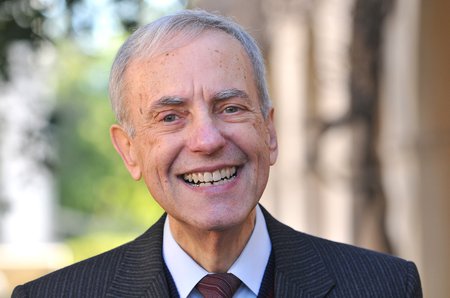